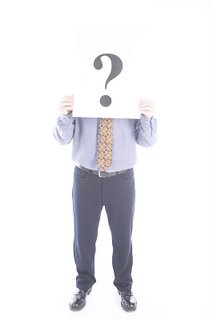 According to Google, here are two definitions of the term "support"

to corroborate: support with evidence or authority or make more certain or confirm; "The claims were supported by the evidence"
to defend: argue or speak in defense of; "She supported the motion to strike"

OK, guys, what the hell does support mean to you?? Who is going to rhetorically jump down Lieberman's throat and pull out all the absolutely ridiculous suggestions that Ned's position on Iraq makes us more vulnerable to "attacks like 9-11"?? Support doesn't mean standing on a podium in back of Ned, folks. It means shouting down this angry voice from CT spewing RNC talking points. Let's go!

This afternoon, Colin McEnroe suggested we keep our eyes and ears on one Al Gore and John Kerry to start the smackdown. It had better be soon.

RNC chair, Ken Mehlman, was on Hardball Wednesday night and he refused every opportunity Matthews gave him to publicly endorse Alan Schlesinger. (I wonder if RNC $$$ will be used to build that ol' Joementum)

I could not understand how self-described "conservative" Republicans could endorse a man with Joe's record but Pat Buchanan shed some light on the issue in a recent column:
_________________
"Last year, Joe's rating by Americans for Democratic Action was 80. The ACLU gave him an 83, the NAACP an 85, the AFL-CIO a 92, LULAC a perfect 100. In 2004, Joe got a 100 rating from the National Abortion Rights Action League and a zero from National Right to Life. His American Conservative Union rating was zero. His Christian Coalition rating was zero. The National Rifle Association, which grades by letters, gave Joe a big, fat "F."

But as long as you support war in Lebanon, war in Iraq and a "war-fighting Republican Party," in The Weekly Standard's phrase, you get a pass on everything else. Beat the drum for permanent war for global democracy and against Islamo-fascism, and all other sins are forgiven you."
_________________

Now if the reassignment of 5,000 to 7,500 American troops to the middle of a civil war in Baghdad leads to an (inevitable) increase in US casualties, you really have to wonder how "one issue" Joe hopes to sway the people of Connecticut that Iraq was the right war (albeit, with the wrong tactics.)

There is no public support for this war (even a majority of Republicans are bailing on Bush) - he can't possibly hope to make an impact on the electorate with that position. He'll eventually have to fall back on his "liberal credentials" and the GOP will be in the awkward position of giving quiet, moral support to a candidate that make Lincoln Chafee seem like Attila the Hun.

BTW, that long, rambling, disjointed, poorly reasoned comment above is proof that people shouldn't be allowed to "hold forth" after midnight...

What I think also is there are enough PISSED OFF PEOPLE now who support Ned that they will be more than happy to Volunteer to ensure Loserman continues to Lose. The people that voted for Ned and want to see their votes count and thought of Volunteering but never found the time will come out in the next 3 months an army of the people will ensure Joe Liarmans defeat.

Scott, ordinarily, my Libertarian streak would prevent me from voting for a Republican or a Liberal like Joe.

During this election cycle, however, I'll be votong for Lamont because he's the only candidate in the 3 way race that opposes the disaster in Iraq.

Ned on Faux News Sunday? Interesting. I hope he practiced hard for that. It would take a lot of guts--and preparation--to go on there, given that he'll likely be ambushed.

I'm curious to hear people's feelings about liberals, moderates, progressives, even true independents going on FNS. Is it better to go on and get flamed or avoid the network altogether, running the risk that some perspective other than the RNC/bushco party line will never be heard. Strikes me as a toss-up. Chances are a left-to-"centerleft"-leaning politician would never truly be given a chance to get their views out without being interrupted to death and "insta-spun" on the spot anyway. So is it worth it, or does it do more harm than good?

Just curious to hear what you all think.