Earth to Media: Get a Brain... 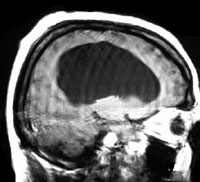 ...is the title of a great column from Northeast magazine in the Hartford Courant on Sunday.

The candidate, Democrat John Edwards, did squeeze in one private meeting with perceived powerbrokers. In a Yale medical school cafeteria, Edwards glad-handed, praised and answered questions from Connecticut's local bloggers...

Handed a sunflower named "Lorenzo," Edwards agreed to grant it a quick "interview" at the request of bloggers from the My Left Nutmeg site. Dreadlocked v-logger "CTBlogger" simultaneously worked his still and video cameras as Edwards discussed his presidential ambitions. Accounts of this exclusive press conference appeared on his web site, other Connecticut sites, as well as the national Internet commons known as the Daily Kos.

Oops, sorry for jumping your post like that, Kirby; I just wanted to get my video up so fast I didn't check if you'd posted. I feel bad about this; soooory!