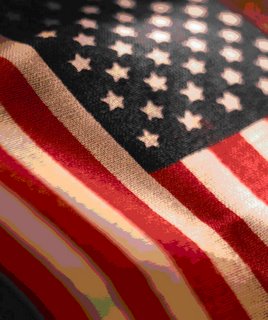 Another rainy day here in Connecticut, which is great for my late summer flowers, and a good day for contemplating what's ahead for us.

We know the story about how Ds are disorganized, don't speak with one voice, yadda, yadda, yadda. I believe it's the "brain cell thing." Our intelligence and our ethical core takes us only so far because we lack that egomanical gene to win at all costs (see: Lieberman, party of one).

We believe in empowering people. We do not lie and pretend it is truth because we realize that life is a continual flow of shades of gray that rarely approach black or white. We believe what we believe to our roots, not because it is expedient at the moment, which makes us lousy politicians in today's cut-throat environment (I voted for the war before I voted against it really did make sense if you listened to the whole explanation.)

We believe that people are essentially good and that we don't give them one fish to keep them under our thumbs waiting, begging for the next morsel to make us feel like the instruments to the great King. We teach them how to fish and help them with resources so they can catch more fish, and to fish in different places so everybody has a chance, rather than giving all the fish to the nasty guy who bullies the fisherman. We believe in helping those who want to set up a little fish restaurant on Main Street and those who want to send their fish to another town where people don't have any fish.

We believe in America and never question another person's patriotism because, in our bones, we know we are true patriots. We believe America can be an incredible force for good in the world, and we know that you don't take over countries and shove your preconceived notion of "freedom" (doing what The Man tells you to do, or else) down their throats and then be surprised when they don't respond the way they were told to. Instead, we want to set the example so that people will fight for their own freedom and drink its nectar.

We are incredibly complex people who probably overthink things, but that is because we care about how people less fortunate that we will be affected by policy decisions. We are here to serve, not to use community/public service as a key to the lottery bank.

And sadly, that is our Achilles heel. We have a collective conscience and ethical grounding. We have a good handle on basic right and wrong. Sometimes, a little too tight a grip, but it's what we have. That's why we have trouble in the political marketplace of today. We don't stomp on the little people to climb higher. We can't boil our positions down to 4-word bumper stickers. Our commitment to our fellow American won't let us. Our patriotism won't let us.
Posted by Kirby at 8/27/2006 12:48:00 PM

Kirby, I tend to agree with what you're saying. There seems to be a significant lack of selfish interest in our goals; except, of course, where the results of our efforts help improve the state of the world in general.

When I think of the deeds of the original American patriots, who saw an unfair and oppressive government interfering with not only their's, but everyone's right to freedom, they put down their farming tools and took up arms to defend those rights.

Today we're limited in how we can express ourselves militarily, (and let me just say right now that I feel this is a GOOD thing) but we can act and effect change by the strength of our votes. Voting is the weapon that can and should be used to fight oppression, corruption and betrayal by our elected leaders.

It's one of the few weapons we're allowed, and it's our patriotic duty to use it in a way that would best serve the interests of the PEOPLE, and NOT those elected officials who have squandered the public trust in ways that serve only their chosen few while harming the vast majority of Americans.

So yeah, I agree with you. 230 years ago we'd have picked up muskets; today, we have the voting lever. Different weapons, but the results can be similar.