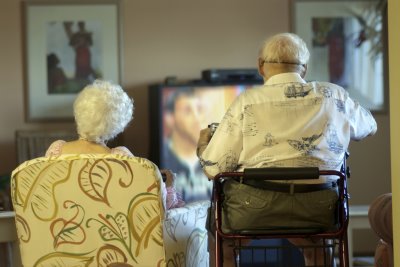 Chronologically here in CT, Ned was on Fox News Sunday first. Interviewed by Chris Wallace, Ned gave as good as he got. Mr. Kirby noted that this is a man that actually answers the questions posed to him. Amazingly refreshing. He also makes declarative statements such as

WALLACE: Mr. Lamont, does your victory show that at least some Americans are weakening in their will to fight the War on Terror?
LAMONT: No, I think on the contrary. What this election showed is that a lot of people in Connecticut think that the invasion of Iraq has nothing to do with our War on Terror. It's been a terrible distraction.

WALLACE: When Vice President Cheney said that your victory encourages the Al Qaeda types, did you find that offensive?
LAMONT: Yeah, I did find that offensive. I find that terribly harsh and wrong. Look, what's going to — what we ought to be doing is fighting the War on Terror in a serious way. I think we've gotten a little bit complacent, to tell you the truth. Maybe we've had a wake-up call in the last couple of days.
We ought to be focused on homeland security. We ought to be focused on our ports, on our airports and public transportation, a lot of which you were talking about here today.
We also are much stronger when we work in concert with our allies, when we have shared intelligence. And I think that we've taken our eye off the ball there a little bit, and I think it's time to focus.

WALLACE: Mr. Lamont, what do you think happens to Iraqis who trusted us to protect them from the insurgents? What do you think happens with all the sectarian violence if we pull all of our troops out in less than a year?
LAMONT: Look what's happening now. We've been there three years. We've gone from greeted as liberators to just a few dead-enders to some sectarian violence to civil war. You know, unlike Senator Lieberman, unlike President Bush, I think we've got to look at the facts on the ground.

Things are getting worse, and our very visible front-line presence is making the situation worse in many ways. So let's be clear with the Maliki government. Let's say we have no permanent intentions upon your military bases. We're going to not be here on a permanent basis. It's not unconditional. We're going to start bringing our troops home, and we ought to have them home within a year. I think that's reasonable, gives them time, their 200,000 troops to step up.

But it's a basic message. I mean, President Bush says we'll stand down as soon as the Iraqis stand up. I turn that on its head. I think the Iraqis won't stand up until we stand down. So let's negotiate a phased withdrawal. Chris, we'll be there. We'll be there for humanitarian support. We'll be there for reconstruction. But now's the time to get the very American face off of this
perceived occupation.