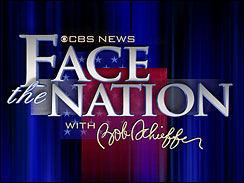 Scott Pelley was subbing for Schieffer this week. What a breath of fresh air Lamont was after the Beltway Bloviators! Video clip, courtesy Crooks & Liars

Reliable Sources?
Howie, Howie, Howie. Hey guy, we're here for you if you want to portray Bloggers in a reasonable light so viewers can make up their own minds -- there are even some right-leaning political blogs in CT. So, what's up with the LGF guy?

HUFFINGTON: ... And it was very, very significant that the grassroots and the Net roots came together, as well, as the liberal bloggers, as you call them, as well as mainstream, middle-class Americans, as well as independents.

KURTZ: Let me -- let me just interrupt this commercial for Ned Lamont to ask you this ... let me read you something from "TIME" magazine's Joe Klein just out today and let you respond, Arianna. "There isn't much point in detailing the chest-thumping of the various blog nut extremists. Their reach is miniscule, largely limited to the left's upper crust, and their angry spew is beginning to seem so six months ago." Your response?

HUFFINGTON: You know, Joe Klein is really, really out of touch with what is happening. It was not liberal nuts or extremists or whatever he wants to call them who elected Ned Lamont. He should look at the exit polls. He should look at the demographics. There were many independents. There were 28,000 people who either have never voted before only registered as Democrats to vote in this election. Many middle-class Americans, many moderates. So to try to dismiss this
incredibly significant election is actually to miss what is happening.

Feingold on This Week explaining that Lieberman doesn't get it

Howard Dean on MTP with David Gregory sitting in

Iif you can carve out the time, you should watch the interview with Tom Kean and Lee Hamilton, chairs of the 9/11 commission. Remember, Lieberman takes credit for creating the Department of Homeland Security. Check out Chertoff (first) then the commissioners (second) then Dean (third) Ken Mehlman brings up the rear.