Meanwhile, Back at the Blog... 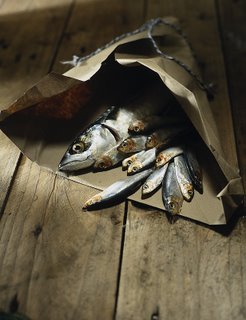 It was a cool, rainy day here in Connecticut today. Usually, I love these rainy, contemplative days, especially with a cup of tea and nap on the afternoon meeting schedule. Ah, today, it just added to the weight of the awful news that is everywhere -- here's the wrap.

The Housing Market has Tanked
Thought a home could be a great investment? Think again.
Security Scares Grounds Six Planes (two had CT ties -- one coming in, and one that left here this AM)
More Problems in Israel-Lebanon
Seems Israel dropped US cluster bombs on civilian areas in Lebanon -- Geneva conventions issues, and kids getting killed -- 25,000 unexploded bomblets all over the country. Israel says that's where Hezbolla hid.
Connecticut Schools Still Failing
Bad schools continue to fail -- nobody is making "adequate yearly progress," but a big huzzah to Clara T. O'Connell School in Bristol -- the only school in CT to get off the failing school list.
Lieberman Bails on CT D Congressional Candidates
ConnecticutBLOG's Take
Joe's declared himself a "non-combatant" (how can he parody the language of war???) in the fall elections -- will not support our D candidates.

That's enough of the depressing news....have a wallow, and then read some promising developments....

Incumbent Fever
Interesting commentary on the incumbent racket from Jeff Greenfield
Great Blog Wrap from Tim
Beginning of the End for Joe?
Colin McEnroe nailed this one today -- foreshadowing more to come. Hillary is loaning Ned Howard Wolfson, a huge D strategist inside player kind of guy with his hand in a very big financial cookie jar that it looks like Hillary is releasing to Ned. Whether that's here nor there is not as key as the fact that Lieberman's guy was Carter Eskew, also of the SAME FIRM. Same firm can't work for both candidates. Could this be the first crack in the wall of Washington Ds finally seeing Lieberman for what he is? Refusing to help the Congressional candidates who give us a real shot at getting the House back should be the last straw. Watch carefully after Labor Day when everyone is back in DC. This could get interesting. (Hey, I have to have some hope....)

And remember Colin and his mom in your thoughts and prayers -- she is back in the hospital. For more, look at his blog. I used to work with her, and wouldn't wish what Colin is going through on anyone -- the nasty, fishwrap part of the health care system is no where to be with a parent.

On the other hand, maybe people who think the health care system is just fine should have just what's happening to Colin happen to them.
Posted by Kirby at 8/25/2006 08:19:00 PM

I'm wondering if there isn't a whole lot of back channel pressure to get Schlesinger to quit the race? That could shift the dynamics in Lieberschnitzel's direction...

Thank you for the kind words. My mother is currently receiving every antibiotic currently manufactured in the Western Hemisphere plus an experimental drug designed for epileptic pandas. There's this IV stand that looks like an array of party balloons. She may rise up at some point and gho on a Danny Baldwin
chemically fueled rampage.

and by the way, Peter, no, there isn't. I mean, Alan Gold is the best insurance Lieberman could buy.
Because of him, there's nobody else for Republicans to vote for. A halfway decent GOP candidate would get Lamont elected, so they won't do that.

Many thanks, yes I have received my full order with cheap generic diflucan and virility patch rx . I have used other internet suppliers but you are the best of the best ! Thank you again for a brilliant product & service.
- Kindest regards, Rod