Tonight was a perfect night for a concert on a small town green. A band playing oldies performed in front of a mellow crowd sitting in lawn chairs, and Ned Lamont took some time to meet the voters in the small town of Naugatuck.

Even though the voters in this valley town were mostly Lieberman supporters in the Primary, many people were receptive of Lamont, and quite a few sought him out to shake his hand and express their support for his message. The reception indicated that a lot of them were Democrats first, and Lieberman supporters second. They will be there for the Party when it counts. 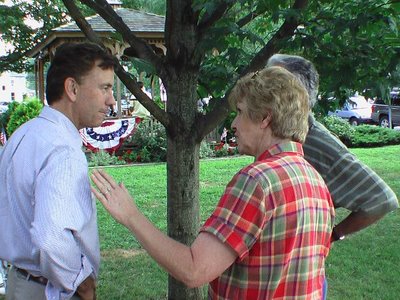 Ned talks with some local voters. 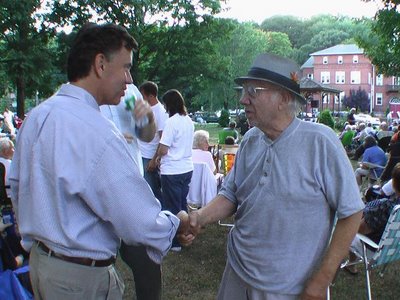 A longtime Democrat discusses his support for Ned in the Primary. 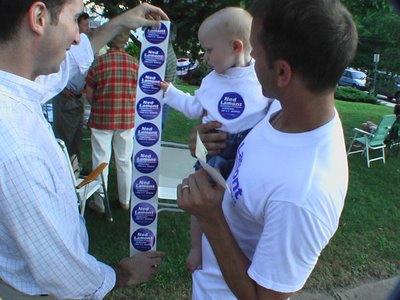 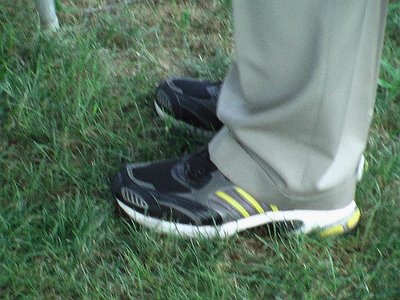 Here's Ned's big secret revealed once and for all! He wears running shoes when he's out among the voters! Stop the presses! 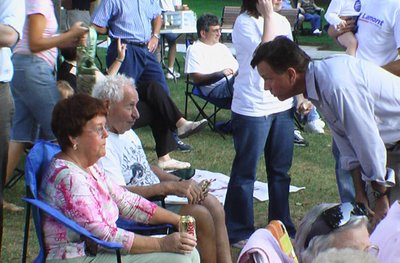 Sorry, unrelated: What's the RSS feed for this blog?

I don't know a lot about how RSS feeds work, but I think the feed is: